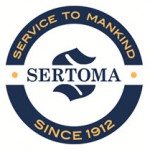 In 1912, Sertoma International was started in Kansas City Missouri by three doctors who could not get into Rotary because the classification for doctors was filled.

The original name was the Stand Together Club, and then it was changed to Co-Operators Club. Because their focus was “Service To Mankind” they coined the name Sertoma from that phrase.

The first club chartered in Canada was in Windsor in 1946.

Sertoma has clubs in USA, Canada and Mexico with approximate membership of 20,000 in 650 clubs.

K-W Sertoma is in the Canada District which is the Allegheny/Canada Region.

The Kitchener Waterloo Sertoma Club was chartered in 1961.

The K.W. Sertoma Speed Skating Club is formed in 1962 – Their focus is to develop International-calibre Speed Skaters. They also provide Service to Mankind to the Youth and Handicapped with their Learn to Skate program and the training of the Special Olympic skaters.

In the late 1960’s K-W Sertoma began their Christmas Miracle Program and annually put smiles on over 300 less fortunate children in our community.

K-W Sertoma began working with the Canadian Hearing Society in the 1970’s, helping to improve the quality life for those with hearing disorders by supporting learning programs.

In 1990 The K-W Sertoma Club began supporting The Waterloo Regional Swim Club.  We are proud of how they help develop our youth into responsible citizens and develop high calibre synchronized swimmers.

Through the years several sports organizations, individuals with special needs and the Out of the Cold programs were supported by fundraising efforts.

In Canada District there are five clubs:  2 in Windsor, 1 in Chatham, 1 in Thamesville and 1 in Kitchener.

In the Canada District, The Sertoma foundation of Canada supports the work of The Canadian Hearing Society and club programs to benefit the Hearing Impaired.

The Canada District is run by a Governor with a Secretary and a Treasurer.

Sertoma of Canada Inc., is a not for profit corporation from which we promote membership growth in Canada.  The money in this Foundation was raised by Sertoman’s purchasing a Life Membership and the funds invested.

We take great pride in our club’s contributions to the community and to the number of people we help.

Join or Support the Kitchener Waterloo Sertoma Club
Get In Touch
Copyright 2016 KW Sertoma Club - All Rights Reserved.
Back To Top
×